Nowadays we can hardly find a person who doesn’t know about OYO. Nowadays every person knows about OYO but in a different way, some who want to book a room and others who have heard the bad reputation which is recruited by everyone and everywhere. But after all these things we don’t know the back story of OYO. Oravel Stays Pvt Ltd. Was later knows as OYO. OYO did not become a successful structure overnight. It also had to go through some of the tufest sequences of events and rough phases of business.

Ritesh Agarwal was one of the students out of 20 students under the age of 20 years who received $100,000 from the Thiel fellowship from the founder of PayPal. He received a sum of $100,000 which is across 74 lacks in Indian rupees. He got extra guidance and resources to make a start-up. He is now becoming a prime example of recruitment and how to make a start-up to help society with a profit of bulk of profit and achievements.

In April 2013 OYO rooms and hotels became the third fastest-growing company in the world. It’s quite interesting about the company because the founder of this company Ritesh Agarwal was only 20 years old. And nowadays he is a self-made billionaire.

OYO has continuously grown after 2013. The first service was started in India and after 8 years of establishment, it operates in 800 cities in more than 80 countries of the world.

Now OYO became greater than taj hotel chains and Oberoi hotels chains.
Oyo regulates its products and services to the next level.
Some of them are:-

Oyo townhouse – it is promoted for midscale range for millennial travellers.

Oyo homes – OYO India’s first Home Managing System that offers private homes in different locations which are managed by oyo. This is the prime features of oyo homes and hotels.

Oyo vacation homes – it is designed for vacation plans and it became the world’s third largest vacation rental management.

Oyo silverkey – it is by oyo in April 2018, that buisness trips can be planned by oyo for short and long term of duration at mid range for buisness man.

Oyo help! – it is the best service provided by oyo to slemless check in, check out and of making payment. It is also help in checking offers ,help tools and costumer help.

Currently oyo has over 17,000+ employees over the globe, of which approximately 8000 employees are in India and South Asia which is quite impressive. OYO Hotels is a full-fledged hotel chains that gives rent and give sufficient fullfillment . Oyo company invests in capex, hired GMs to oversee the operations and customer experience as well as generating around a millions of job opportunities in India and South Asia alone Ritesh Agarwal said that he want to make money the helping society . OYO has also set up 26 training institutes for slemless hospitality enthusiasts across India to overcome unemployment.

In April 2021, it was said and claimed by several news reports and social media news and posts that OYO had To overcome it’s bankruptcy but CEO Ritesh Agarwal clarified it to be untrue and sentenced it as a rumour. However Ritesh Agarwal admitted that the National Company Law Appellate Tribunal (NCLAT) started a insolvency resolution process on OYO Hotels on the basis of a hotelier’s petition over a monetary dispute with the company and its hosts.

Now the company named oyo is fetching it’s roots to international boards. It became the world’s largest hotels chains and vacation rooms management. Now the company is raising fund for growing the chain and improving it’s hostility and facilities . In the out break of covid the company suffered from hugh loss . But the company gave his best in all facilities to manage it’s roots . Oyo is also welcoming it’s competitors for joining them .

From few years oyo has very bad rumours and some bad news of using oyo room in illegal works . The company had taken many steps for these and now it is a secure platform of best hostility service .

Ritesh Agarwal became a prime example for young generation for investing money in a right way and in effective way as him
He became an entrepreneur and making many entrepreneurs world wide to make a start-ups. Ritesh Agarwal make this company a well mannered,well co-ordinated and easy for use by all . It is not a complicated network but a recruited and social managing network of thousands of employees , hotels and rooms .

Oyo also started it’s funding series in 2013 for growing it’s network worldwide to spread it’s root in all over the globe. It has 5 funding series in which world wide investors invests money to grow this empire into a big mass. 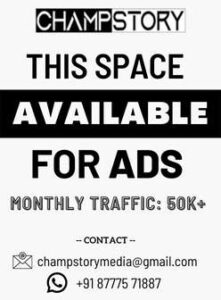